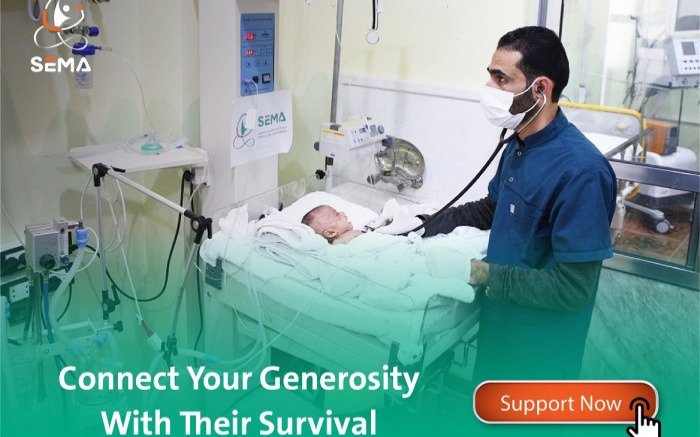 Imagine that you are one of the causes for saving a patient’s life and help him/her to survive. It would be a great reward from Allah, and it would bring happiness to the patient and his/her family. You can now contribute to sponsor the treatment of the most vulnerable patients in north of Syria. 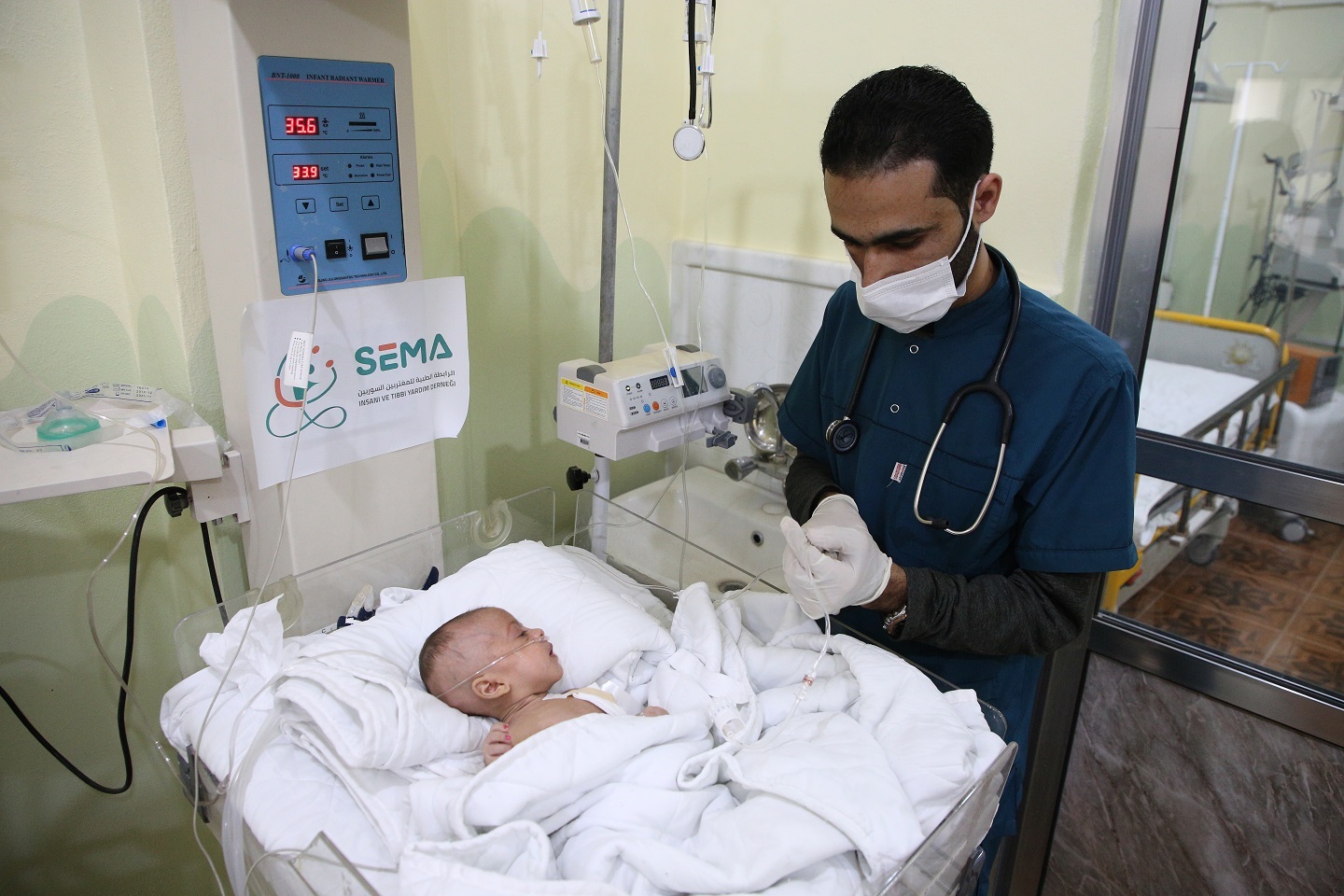 Their lives are on the line …. They need your support!

The crisis in Syria continues and the suffering of thousands of displaced and host people increases in northwest Syria. The lives of patients and pregnant women, specifically, are the most affected groups, and what most threatens their lives is their lack of access to necessary health care and the opportunity to life-saving surgeries.

According to a needs assessment conducted by the Syrian Expatriates Medical Association (SEMA) in north of Syria at the beginning of this year, 2020, and upon studying the average cost for surgeries in different surgical hospitals, it was found out that the cost is quite unaffordable for the residents and displaced civilians comparing it with their individual monthly income, and that there is an increase in number of patients and injured people who cannot afford these high costs to treat their diseases and reduce their suffering.

2000 free surgical operations are monthly conducted by SEMA to treat these patients.

SEMA runs 9 surgical hospitals in northwest Syria, and these facilities provide health services and various kinds of surgeries for the displaced and resident people. The hospitals monthly perform around 1500 surgeries and 500 Cesarean section deliveries for pregnant women. 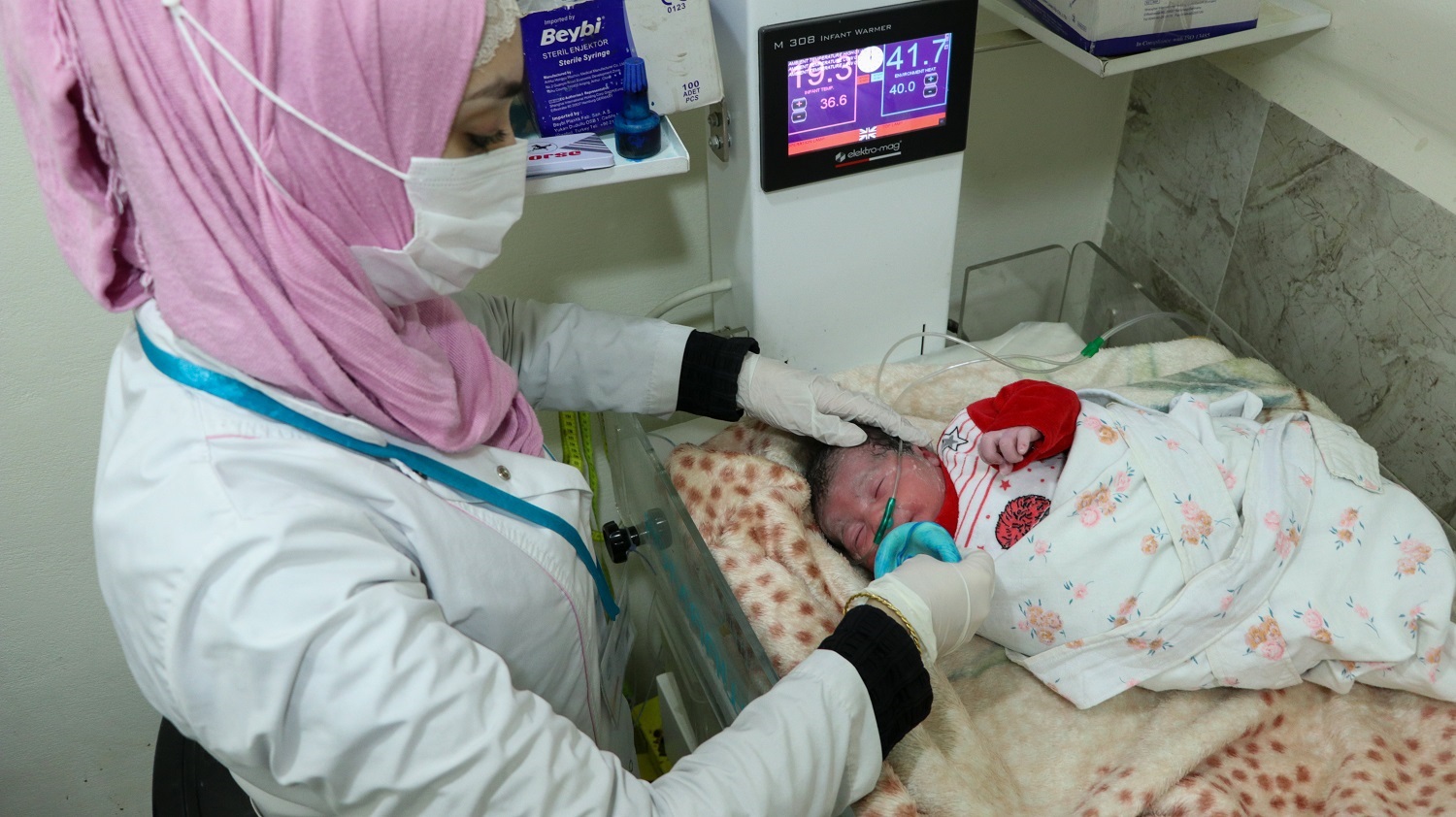 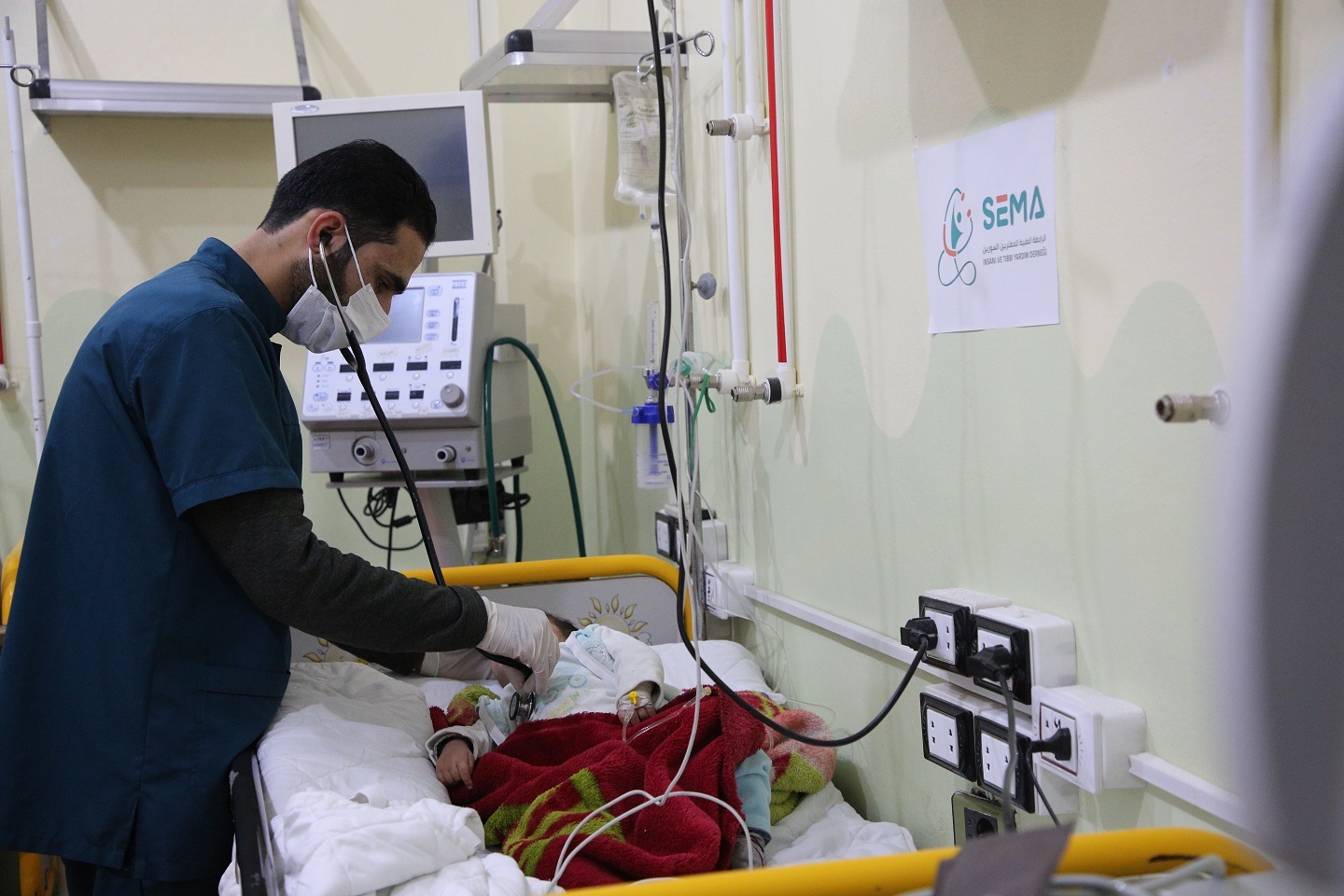 Why do we need your help?

With the reduced support for the medical sector in north of Syria and the increased needs for many surgeries for the most vulnerable, it becomes a must to address philanthropists around the world to secure the medical services for the displaced and resident people who are in need. The support will be provided through sponsoring medical consultations as well as surgical and Cesarean operations. 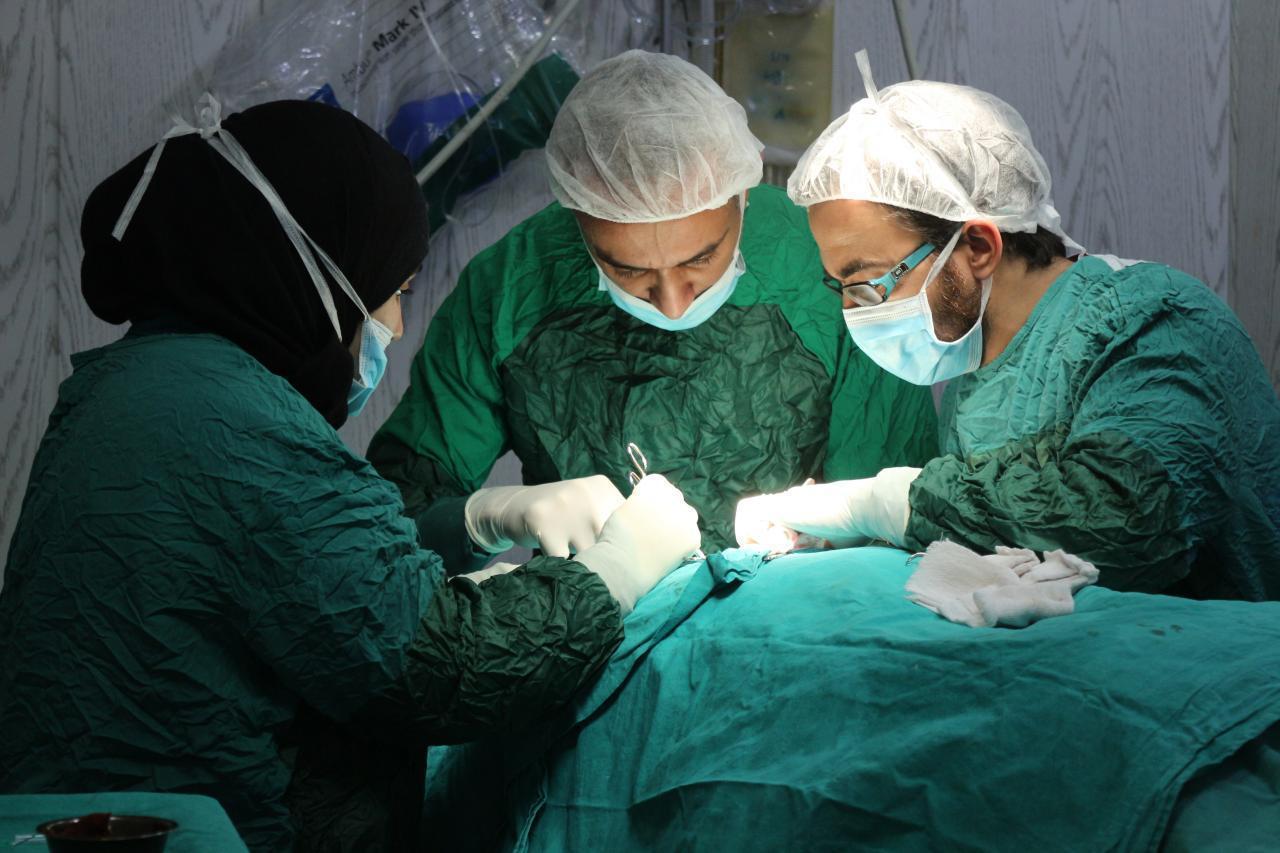 Through your support, we seek to secure the needed costs to sponsor 500 patients (250 surgeries and 250 C-sections for pregnant women) with an average cost of USD 150 per surgery.

This cost will cover medical counselling services, performing of the surgery, and the medications that will be used during and after the surgery (analgesics, anesthetics, antibiotics and serums) along with the needed laboratory tests and radiography.

A Qualitative surgeries has performed at SEMA Hospitals

A quality surgery returns the smile to the face of a child, called Bassam, and ends the concerns of his parents. 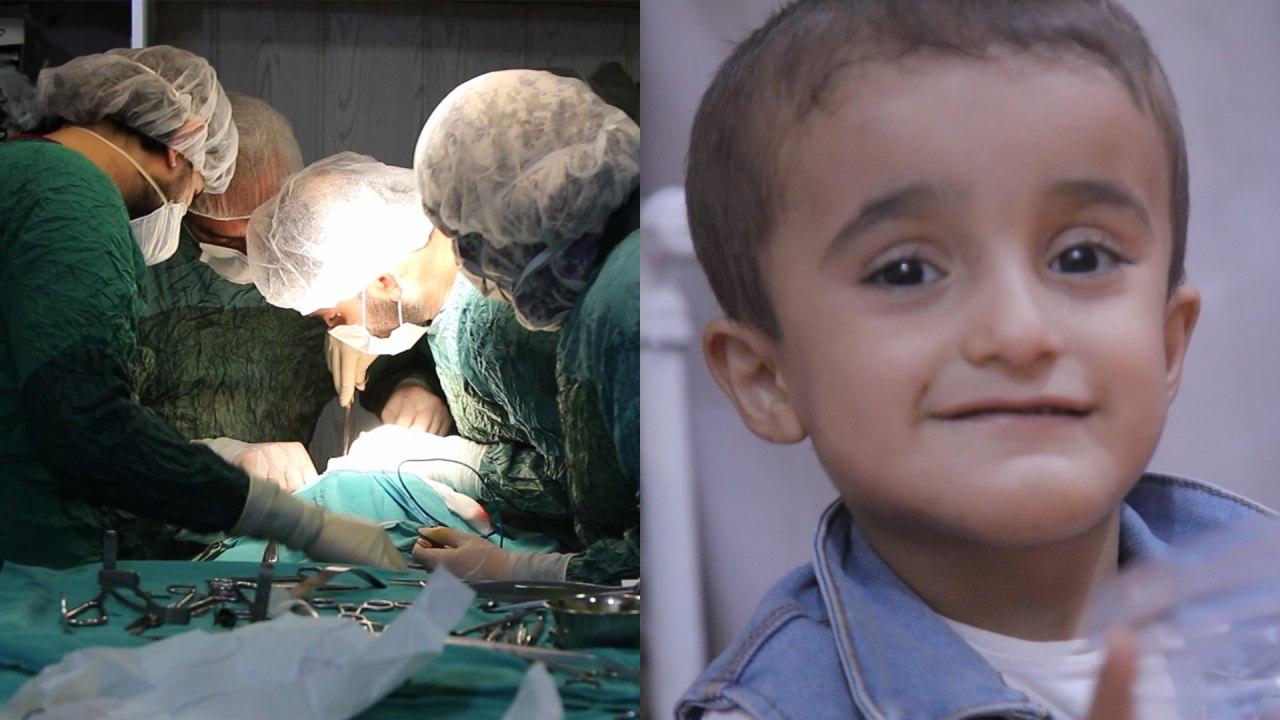 Bassam Al-Aboud is a three-year-old child whose parents waited for a long time till he finally came to this life. He suffered from a swelling lesion on his chin, and it expanded over time and reached his neck, which caused a continued concern for his parents fearing for his life.

Watch this great success that was done by the medical team in the Idleb Specialized Surgical Hospital, which is supported by SEMA, and see how they returned the smile back to Bassam’s face and his parents’.

SEMA saves a little girl, Aa’esha, from a huge lesion on her face. 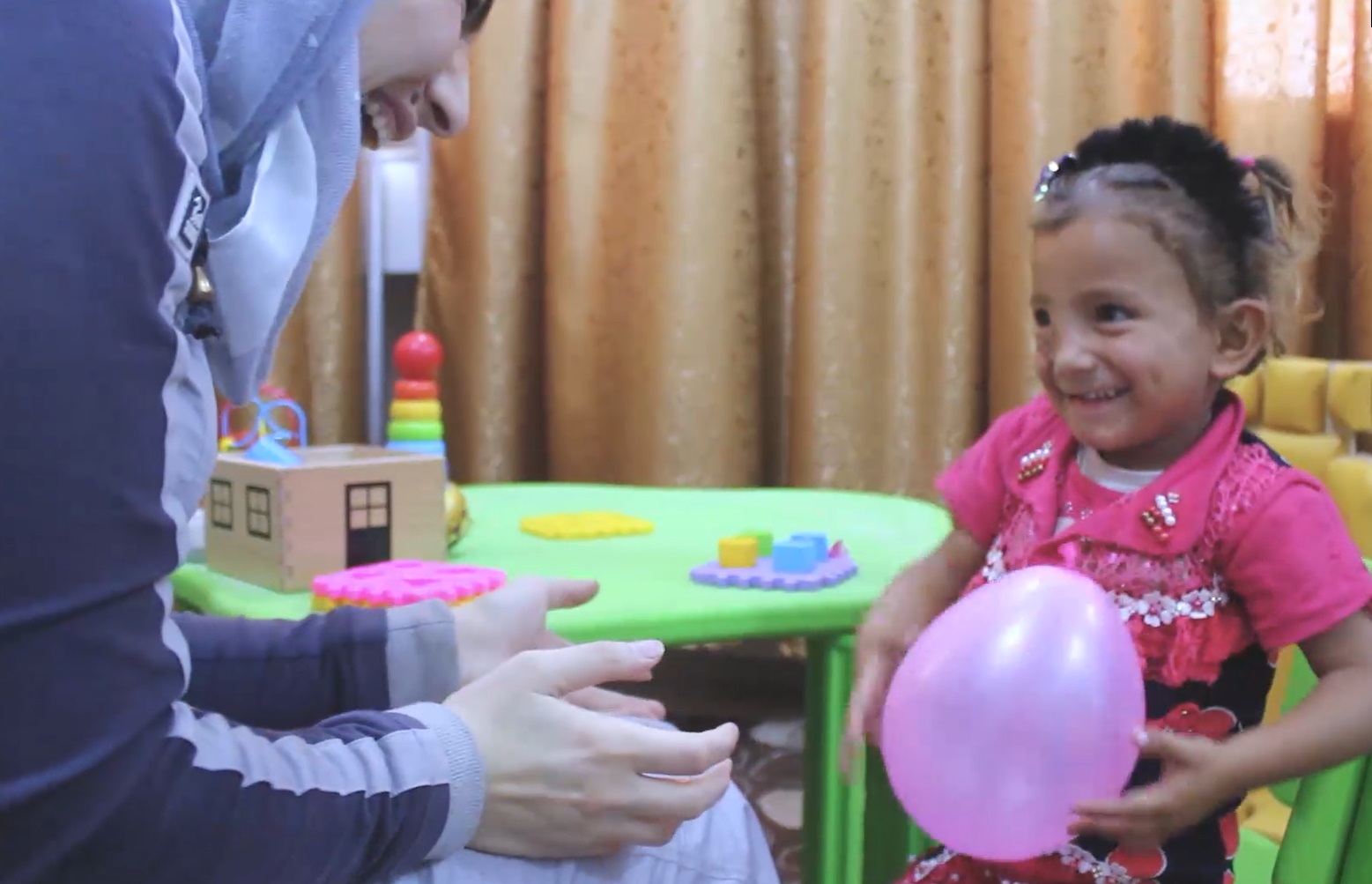 Aa’esha is a three-year-old child who had been sick in her first months after birth, as a lesion started to get bigger on her face to the extent that it distorted her innocence and her glittering eyes. The huge lesion deprived her of enjoying a normal childhood and playing with her peers, and it caused other psychological problems. After she was brought to Idleb Specialized Surgical Hospital, which is supported by SEMA, and after the diagnosis, a surgical operation was conducted through several phases and her cases was closely followed up until her suffering finally ended and her smile was drawn back on her innocent face.

How great is to save the lives of the most vulnerable patients in north of Syria, especially children like Aa’esha, to help them survive, and to end their suffering and pains! 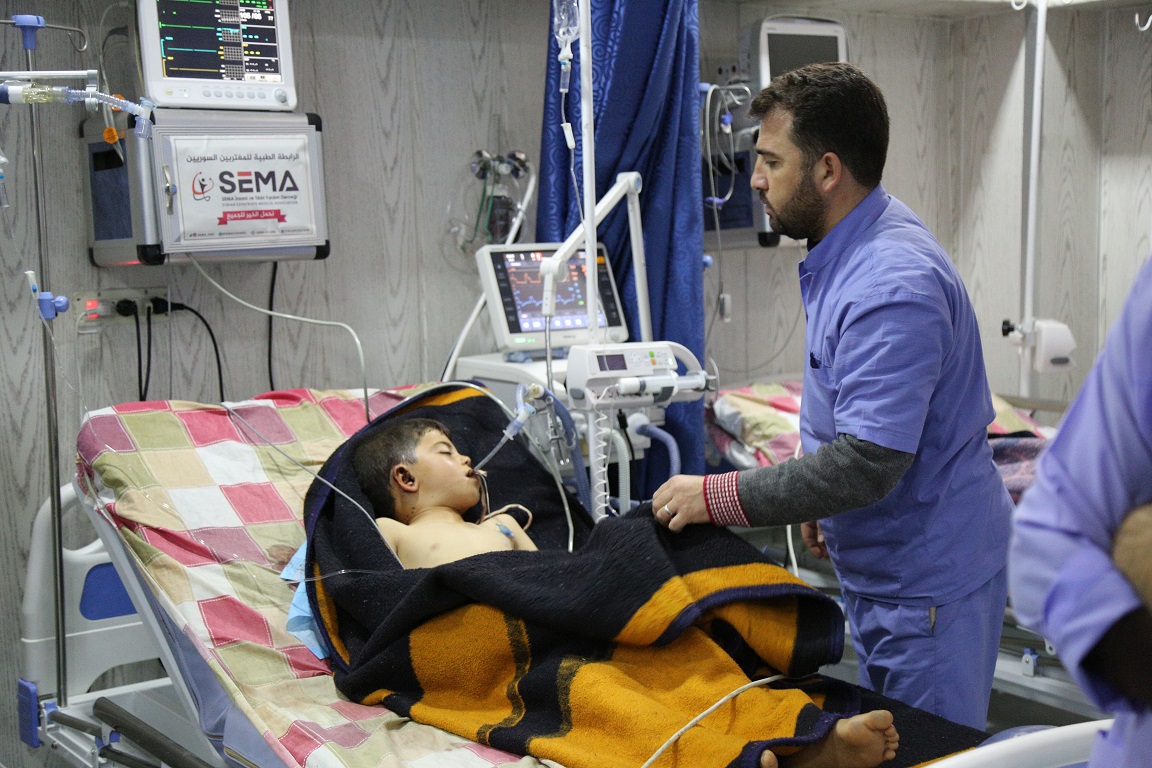 Your generosity today will help them survive!

Please share the campaign link to circulate the benefit.