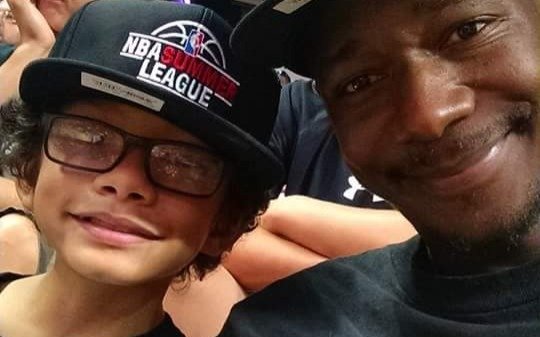 Our friend Justin Pickens is a hard working man, a friend, a father, a husband, and an all around amazing guy. He works hard for his family, is always positive, and keeps a strong front for his wife, who has kidney issues that require expensive surgery, and his kids, one of whom was just diagnosed with lupus, and another son with cerebral palsy.  Justin has to work hard to support his family and just to pay the bills, but also has medical bills already existing, which creates a lot of stress in his life, although he rarely shows it.

Yesterday the stress became too much for Justin and he experienced a traumatic episode that resulted in a fall face first into the concrete that caused a laceration to his chin, and he was alarmingly in and out of consciousness.  This of course required an ambulance ride to the hospital and emergency room treatment which could end up costing thousands of dollars. That being said, Justin now faces his own medical bills, which is exactly what he does not need right now.

*UPDATE* Justin had to return to the hospital today with blood coming out of his ear.  It turns out that he has fractured his jaw from the fall, and there were shards of bone that went into his ear canal and caused the bleeding.  This makes it even more imperative that we are able to raise enough money for Justin to cover his medical bills and living expenses, as this will probably mean an extended time away from work.  Again, it's completely voluntary but every little bit helps!