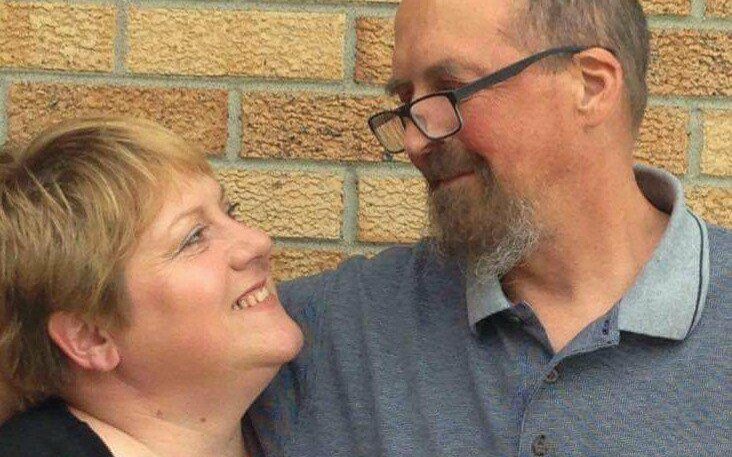 Helping a 100% Disabled Marine That is Always Helping Others

Helping a 100% Disabled Marine That is Always Helping Others

Many people know our parents and know they will not ask for help from anyone yet are the first ones to be there when someone else needs a helping hand. For years they have been on the front lines of community service organizations, whether teaching Scouts, At Risk Students or Disability Programs; Volunteering at Camps as Maintenance or Program Staff; Providing Birth Support and Baby Gear for Those in Need; And Going out to Provide Disaster Recovery Support After Natural Disasters Hit Our Nation. As well as many other projects they have selflessly served to make otherâ€™s days ahead better.

However, many people do not know our parents have always been that way. My Dad Johnâ€™s health problems began many years ago when while he was serving our country (doing the hard stuff for others) he was in the wrong place at the wrong time which has translated to being in End Stage Kidney Failure since 1989, he has had more surgeries, hospitalizations, infections than anyone ever should have in a hundred lifetimes due to a few fateful seconds in another country. My Mom, who has been by his side for almost 30 years, even jokes that Dad is a Super Cat, Barbie Doll or Frankensteinâ€™s Brother because he has definitely used up his nine lives many times, he has lots of plastic in his body to replace parts and stitches & staples everywhere. They have always found the bright side of everything and smiled through it all. There have been many times where they have had to give up everything just to make sure we all can be together another day. Sometimes it meant Mom working three jobs just to cover bills, few in her college degrees because it is hard to hold long term full time employment when there is so many medical appointments / hospitalizations and kids to raise, or Dad pushing through the pain and illness to get a few bucks together with an odd job for the food on our table, other times it meant them living with family members or being homeless and staying in a camper just because medical expenses were too much, which is a sad state of affairs considering Dad is an 100% Service Connected Disabled Marine and there should be more help available to them. Only extremely close friends and family barely knew this was a fact of our lives because we always were lead to believe that helping others and smiling through the tough times was what we were supposed to do and because their pride is too strong for others to see them suffer, in fact Dad is upset we are even asking for help now but this time it is because they are way over their heads.

Some of you may have followed the latest run of bad luck these two have had, starting with our Dad losing his second transplanted kidney in October and requiring dialysis again soon after coming back from helping with his new passion in the Veteran Based Disaster Response Group Team Rubicon and the Hurricane Response in Houston. Because this is his second transplant rejection, the process of seeing if he is a candidate for another kidney means multiple trips weekly to doctorâ€™s appointments that are over an hour away and some are two hours away while they evaluate his overall health and gas money plus meals on the road are very expensive when it is practically a daily occurrence. Then to keep him healthy in the meantime he does Hemo Dialysis three to five times a week, which they had planned on doing at home as they previously had done prior to his last transplant because it offers more flexibility and better patient outcomes however after training and as they were getting into a routine they were forced to leave the place they were staying May 15th due to many liability issues that put Mom and Dad in jeopardy since they were volunteers and had no representation from the company they were helping out, so they had to move within two weeks meaning he was a homeless veteran again. Anyways they thought they had everything ready for a mortgage for a Victorian Home with a fenced in yard for Dadâ€™s dog Samantha and a shop for Dad in a nice little town close to all of Dads Doctors when there was a huge hidden bill from the 2002 transplant timeframe that has hindered them getting the house immediately. The day they were loading up and moving everything to two rented storage units and to the house they are renting for $850/ month until they can finalize a mortgage, David was in a major accident totaling Dadâ€™s car, David is fine, Thank God but that meant they no longer have that car to use, so they are borrowing a car that costs them almost $500 / month, so they can get to appointments. While they were (and still are) working out mortgage issues and Mom was bringing my Step Daughter to be with my family for our pre-arranged summer custody time, Dad became very ill after an in center dialysis treatment to the point were Matthew and David had to call the Paramedics to take him to a hospital an hour away, during the trip to the hospital his heart was not handling the infection well and he had to be shocked by an AED twice to make it to the hospital were they could stabilize him. Unfortunately, because of an infection in his dialysis access he was very septic and had five very rough days in the ICU, my mother was 11 hours away by plane and didnâ€™t have a return flight back to him for a few days, which meant extra money out of pocket, so she could get back earlier to Dad. Her flight was to a different airport than the car they are borrowing so finding a way the following day to drive the 4 hours each way to pick it up which even though some great friends helped out but was another expense that was not expected. Dad finally made it home but has had at least one doctors appointment or dialysis every day, then came Memorial Day when his infected access began to uncontrollably bleed so he was rushed in to the hospital an hour away for emergency surgery which added another 28 staples to his count and a catheter into his heart for dialysis and IV antibiotics for the next 6 â€“ 8 weeks, he was released after a couple of days but still has the extra hardware. Because of everything happening at home David and Matthew stayed off work for a few weeks (which meant no pay for them) and Matt even waited to start his new job in Oregon an extra week, he held off on getting his transportation set until last minute making sure Dad was stable which proved to be another great expense, but he made it to his destination. Then to throw another wrench in the mix, David was driving Momâ€™s van home from work when the tire blew, and the van was in an accident which we are waiting to find out if it can be fixed and how much that will cost. As it stands they still do not see an end to the daily doctorâ€™s appointments all over the area with nothing local and three times a week dialysis that are half hour away, because Dad is unable to drive with having no use of his arm on one side and the catheter to his heart on the other Mom drives back and forth otherwise she would have been finding a job somewhere to help with expenses. Plus they were hoping to be available to help when their next grandson is born at the end of July, which will be another huge expense that what they had saved for is gone due to all the bills. They still also do not have a final number for how much it will be for the down payment and other expenses to get them into the house, however with the way this month has haunted them, they have gone through all of their savings meant for the house and even the gifts myself, grandparents and siblings have helped them with, so we are hoping that you as friends can help them out a little and share this plea with your friends to help with the daily expenses of all the medical appointments and hopefully get them into a house of their own.